We recently reached out to Oaklanders – parents, educators, and community members – to find out what questions they had about OUSD’s budget and finances. Read on for the top six questions we heard and our answers to them:

1. How much money does OUSD save by closing schools?

Using a case study of the recent decision to close Roots International Academy Middle School, OUSD projects saving $60,000 in the first year and above $600,000 per year by 2022-23.

OUSD staff laid out how they’re thinking about this question in a presentation in an April 10th, 2019 board presentation. This presentation showed some of the projections related to the closure of Roots International Academy and the expansion of Coliseum College Prep (CCPA) into the Roots space. The district projects that the total savings from these changes would only be about $60,000 in their first year, before CCPA is able to take any new students in. But the district also projects that, as CCPA expands, they will actually attract more students into the district, as there will be more seats available in high-demand programs. Over time, this increase in student population will provide the most of the positive benefit of the consolidation of Roots and CCPA, for a total impact of more than $600,000 per year in 2022-23. 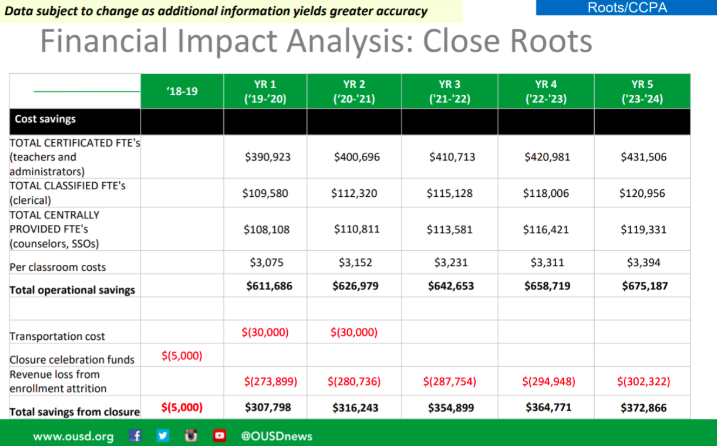 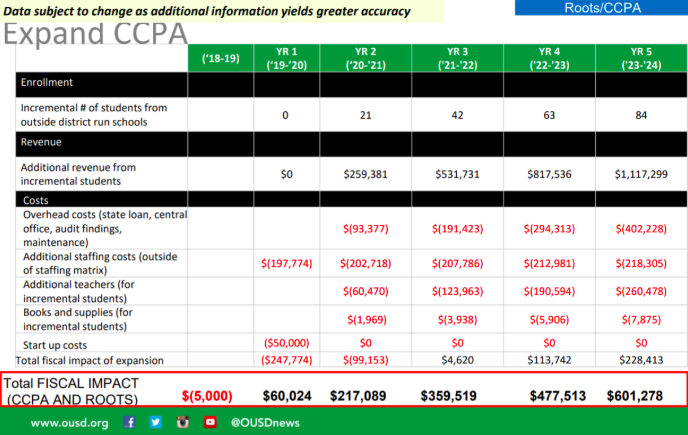 2. Last week, our school board officially approved the new contract with the teachers union that includes an 11% raise. Can the district afford that?

The district can afford the raise because most of the salary increase does not hit until 2021.

Click to see a chart of the salary increase schedule. 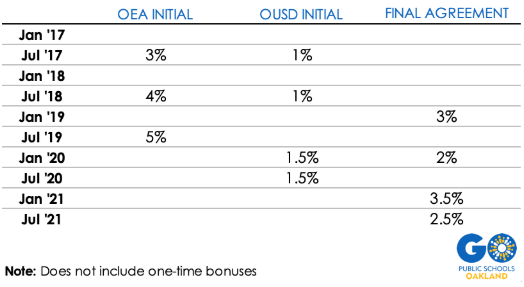 In order to afford the raise, OUSD made over $20 million in cuts to next year’s budget and structured the raise so that most of the salary increase does not hit until 2021. This means that OUSD has a few years to before needing to pay for the bulk of the raise.

3. I heard that the Alameda County Office of Education will be providing“intensive support” for OUSD’s finance department. Is this code for a County take-over?

Both OUSD and the Alameda County Office of Education have communicated that this is about technical support and not a shift of power from OUSD to the County. The County released this document, which shows 20 areas in which OUSD needs support. Some of those, like the continued implementation of a new financial management system, are clearly technical. Others, like ensuring that financial reports are accurate and consistent, seem more fundamental to the district’s operations.

4. There is a lot of discussion about changes in state policy to bring more money into our schools. What kinds of changes are being discussed?

There are two major opportunity areas to increase funding to schools including:

5. What about the debt OUSD is repaying to the state? Will OUSD’s debt to the state be forgiven?

There doesn’t appear to be much movement to forgive the debt that OUSD accrued during state receivership in 2003, where OUSD received a $100 million loan to stay afloat. Each year, the district spends $6 million in debt payments to the state. Assembly member Rob Bonta, who represents much of Oakland, gave a recent interview in which he said that forgiving the district’s debt didn’t seem politically feasible.

Click for more information on OUSD’s loan from the state. 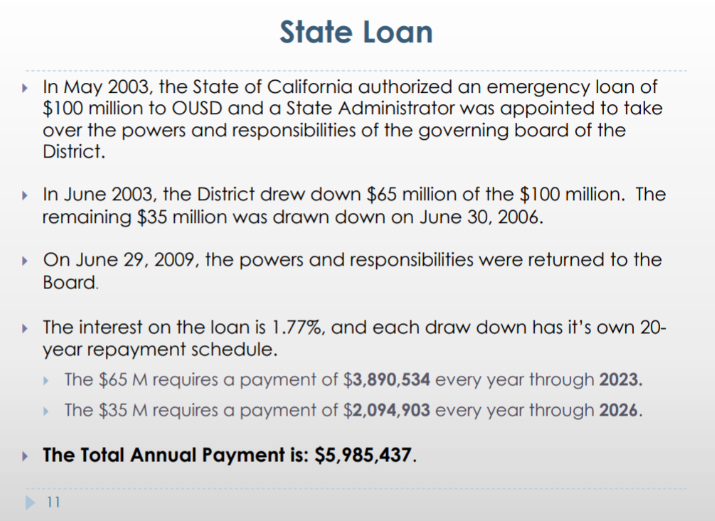 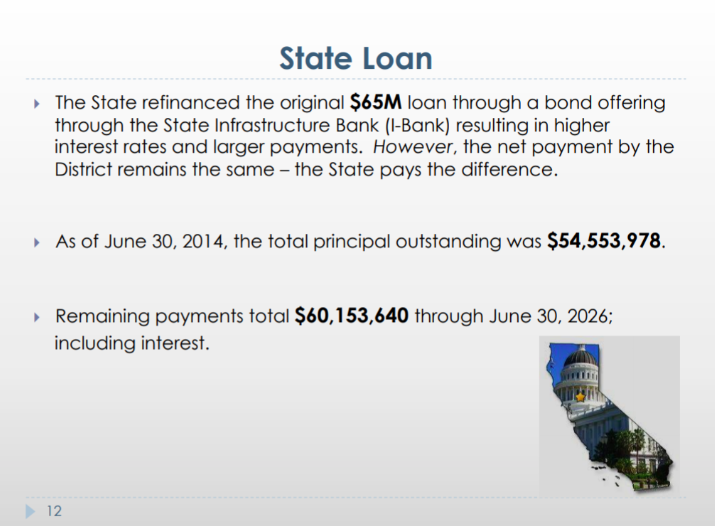 In March, OUSD shared that their projected structural deficit for the 19-20 school year was about $7M, prior to the teacher raise. The school board then voted to cut just over $20M from the 19-20 budget and essentially eliminated the district’s projected structural deficit for 19-20. It is unclear if AB1840 will reward the district’s efforts by sending funds to OUSD, or acknowledge there is no deficit and, as such, provide no relief funding. GO will continue following this storyline to provide updates as the Governor’s May revised budget comes out in a few weeks and a final budget is approved later this summer.

GO believes that to best serve each student equitably, public school districts, with their limited resources, must be financially prudent and laser-focused on excellence. It is critical that educators and community members are involved in developing best practices and systems change. Continue reaching out with your questions and we will strive to keep you informed as advocates for Smarter Spending budgeting practices.